The Photography Show 2022: The Trends 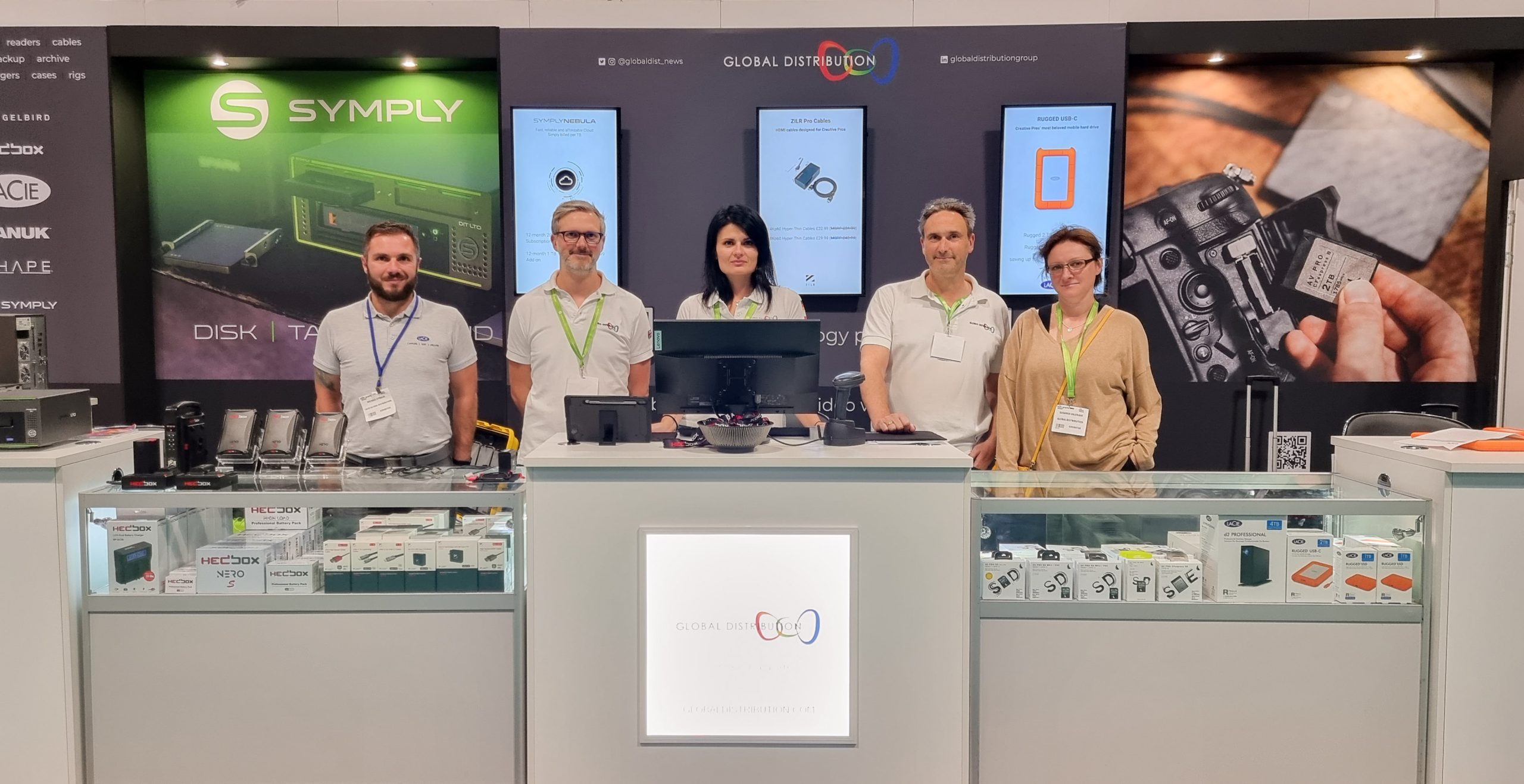 After another great year at The Photography Show in Birmingham we’re noticing a growing trend: storage is becoming more important.

We’re proud to have exhibited at The Photography Show again alongside partners like LaCie, Seagate, Angelbird, Symply, Hedbox, NANUK and Zilr. And what we noticed this year was a much heavier focus on the following topics:

It’s becoming ever more apparent that freelancers/professionals and businesses are creating more content than they have the capacity to keep hold of, and with some being hit by ransomware attacks being able to protect data is more important than ever. For a long time, photographers and videographers have understood the need for storage on the go – something to dump camera cards on to. Often, that portable storage (like the famed LaCie Rugged) is used simultaneously as a semi-long-term archive.

It was interesting to see attendees walk past, point at the Symply LTO range and mouth “tape” or “LTO”, or come to the stand for a discussion about backup and archive. All agreeing that LTO tape is a reliable, long-term storage (30 year) solution that’s green and is cheaper than buying hard drives (once initial hardware investment made and - I think we all agreed - if you have more than twenty-three hard drives in a cupboard then buy an LTO drive). See more at https://www.gosymply.com/tape

In the creative space, LTO drives are usually found on DIT carts or in production houses, but they’re bleeding through into mainstream content creation. It’s great to see users recognising the power and speed of LTO for their archiving needs and we’re excited to see this technology take even more of a hold. Interesting conversations were also had about the ease of the software available for LTO.

The LaCie 1big Dock, 2big Dock, Rugged SSD and all-powerful Rugged Pro (we call it Darth Vader's Drive) always grab attention and this year was no different. The docks feature integrated CFexpress, SD, and CFAST 2.0 card readers and a USB hub. All are front facing and appear on the Thunderbolt 3 bus. The Rugged Pro features Thunderbolt 3 delivering 2.8GB/s solid-state speed for video editing or use as an Adobe scratch disk.

On a high-performance note, the SymplySPARK XT caused a stir with its Seagate MACH.2 technology - eight spinning disks delivering 2.5GB/s of performance in a small, all-composite metal, near silent desktop device equipped with Thunderbolt 3. The included travel case and five year warranty from a company that cares about its users was well received.

This year you could find us talking about Angelbird cards. A lot. Though not a new name on the scene Angelbird is a lesser-known elite brand, made in Austria, and one that any camera wielding creative person needs to be aware of. They’re makers of SD, CFexpress, and SSD media for users of all levels. We noticed this year that Angelbird as a brand was becoming more familiar – with people seeking out the name and more information along with users of Angelbird loving what the brand delivers over run-of-the-mill competition.

Hedbox make some of the best camera batteries, V-Locks, and power accessories in the world. They’re adaptable, high in capacity, and reliable even when dropped. We had a number of interesting discussions over the unique way they charge batteries that’s much more effective than look-a-likes. Hedbox were pulling in more attention this year than we’ve seen in the past.

When is a cable not a good cable? When it’s stiff, heavy, and falls out of a port. This was our first Photography Show presenting the Australian cable brand, Zilr, who have a great eco-friendly retail box, but once opened, you understand that the cables seem to defy gravity and float with near weightlessness. In additional the HDMI cables have a little raised notch on the connector to provide resistance to being pulled (or falling) out. We’ve seen a lot of cables in our 25 years and this is by the best.

The Photography Show won’t be back in 2023 – opting instead to return to its pre-Covid slot in March 2024. And we’ll be there (and hoping the shows organisers, Future, might be able to align the dates with Comic Con!) Let us know what you’d like to see more of or if you saw something you liked at the show and want more information, contact us at hello@globaldistribution.com