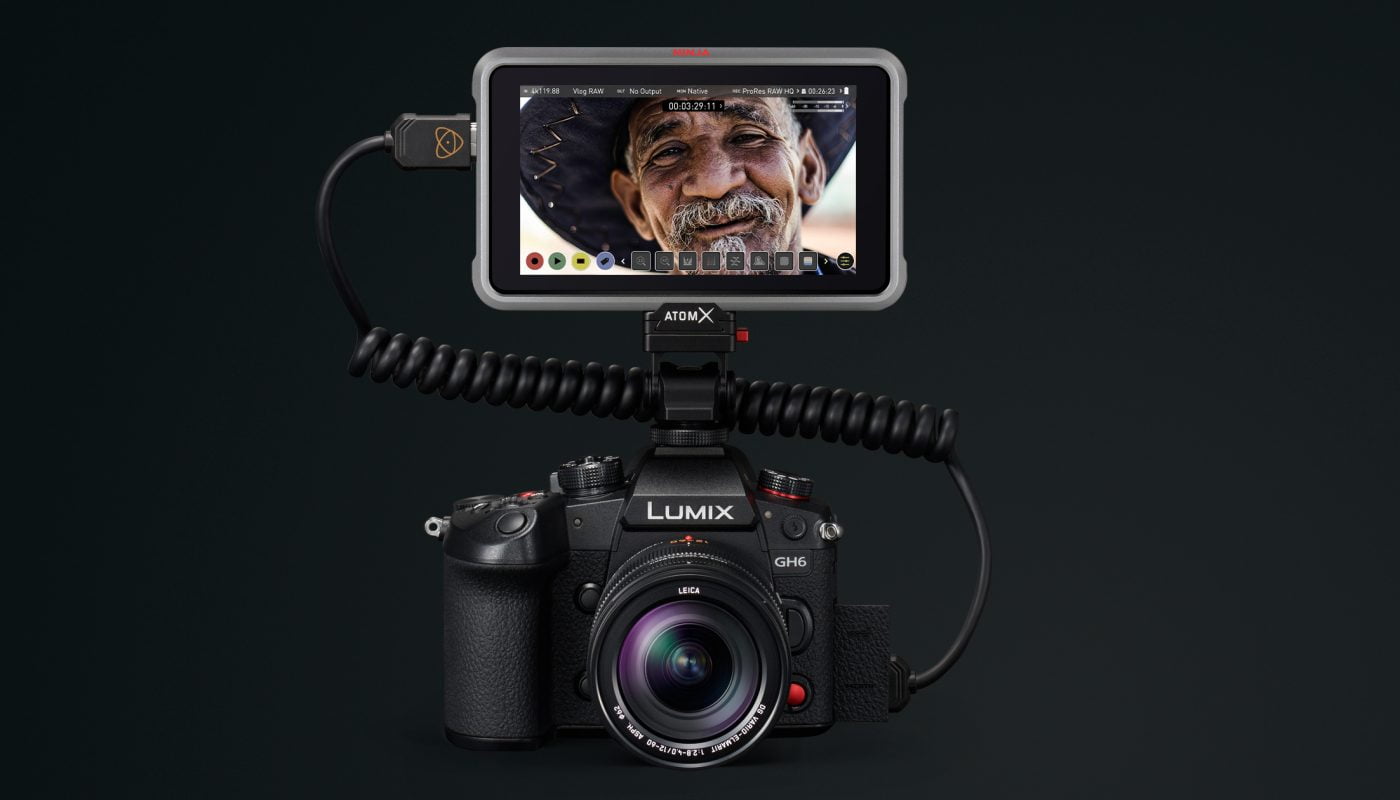 Panasonic released the Lumix GH6 last week and it’s a beast. 5.7K ProRes 422 10-bit internal recording – this camera is one of the year’s game changers. We’ll be seeing more of this internal ProRes as the year goes on, so it’s important to make sure you’re set up to record properly.

Let’s take a look at some of the tools you’ll need to get the most out of your GH6.

ProRes takes a huge amount of storage space and demands an incredibly fast write speed to keep up with the data you’re capturing. The GH6 has a slot for CFexpress Type B cards, which is fantastic news for shooters everywhere.

However, most camera cards tend to slow down in their write performance as you start to use more of the card’s capacity. The more data you capture the slower the card becomes. One manufacturer that doesn’t have this problem is Angelbird. They’ve built their AV Pro CFexpress cards to withstand high data rates and maintain their performance throughout the capacity of the card.

When you need to capture a lot of data go for the regular CFexpress cards. Their minimum guaranteed sustained write performance is 1,300 MB/s and capacities go all the way up to 4 TB. Plenty of space. But if you’re working in more extreme environments or with faster data rates – recording in higher frame rates for example – go for the XTs. These have a guaranteed performance of 1,480 MB/s and won’t be beaten down by continuous use and insane write speeds.

But what if you need more than the internal ProRes recording can offer? The GH6 is capable of outputting ProRes RAW DCI 4K 120fps over HDMI. So you can connect an external recorder and work on a continuous shoot with RAW files. You’ll need something beefy for that, so the Atomos Ninja V+ is your best bet. It’s got the monitoring tools to ensure you capture the best scene possible and leverages Atomos’ new IC3 chip to capture all that juicy data.

You’ll also be able to record onto SSDs, which should help with your editing process. If you’re feeling flush then pick up a Symply DIT LTO for on set backup and archiving – it works perfectly with Atomos mastercaddies.

If you spring for the Ninja V+ option you’ll want to make sure you have the best power and connectivity solutions to go with it. The Ninja V+ is going to chomp through your standard batteries very quickly, and there’s so much data being transferred between the camera and the recorder that a regular HDMI cable isn’t going to cut it. Enter ZILR Pro. This is a new brand we’ve recently partnered with.

Founded by former Atomos employees ZILR make accessories for pro creators. The products we’re looking at here are the dummy power supply, NPF batteries, and ultra thin HDMI cables. Let’s start with the cable. ZILR have paid attention to what camera users really need from cabling and came up with a way to produce ultra thin cables of an appropriate length. ZILR have done well and researched the ideal cable length – 45cm in most cases. They’ve also built in a more secure connection. So no more dangling, loose cables to get in the way of your neat GH6 rig.

ZILR’s NPF battery and dummy battery adapter are also must buys. With external records, lights, and basically anything that uses our NPF friends taking even more power than they did before, ZILR have released an NPF-970 that includes a charge LED display and USB-C power delivery. So you can charge your phone while running your Ninja V+ or your lights. It can be mounted near your camera as well, and using ZILRs own cables makes it easy to run your Atomos device without extensive rigging.

It’s far too easy to forget to back up your footage throughout your shoot. Until you have at least two copies of your data (ideally three) then it’s at risk. For this purpose, let’s take a look at LaCie’s rugged SSDs.

Storage for editing and backup

LaCie came to fame with their lovely orange bumpered hard drives, but more recently they’ve release some incredible SSD offerings. Our two favourites are the Rugged SSD and the Rugged SSD Pro. The standard SSD is perfectly fine for most needs – it’s fast, can stand withstand most drops, and it IP67 rated water and dust proof. You’re not going break it and it’ll survive being chucked in your GH6 kit bag.

The SSD Pro is an NVMe drive that offers more speed. We edited our RED MONSTRO 8K footage for our short film last year right off this little drive. Which one you pick up will depend on your needs and budget, but the standard SSD is ideal for most people.

While we’re talking about storage we should also mention the 1big Dock. We used this desktop storage device on our short film as well, and it ended up being our primary edit storage. There are ports for CFast and SD media, along with a USB connection for your CFexpress reader. You can dock your cards and offload footage from the same Thunderbolt connection, which increases speed and saves time. The dock comes in SSD (Pro) or standard HDD versions.

You’ll need to archive your data to free up space on your primary storage once your project is finished. And to ensure that you have a long term backup. The absolute best tool for this is LTO tape. It’s the cheapest and most reliable form of archive media around, but it does come with an up front cost to by a device capable of writing to tape.

Something like the Symply PRO LTO would do nicely. Alternatively you could keep a copy in the cloud (which can expensive) or keep one on a hard drive. But be warned: hard drives don’t last as long as you might think. We’ve seen data disappear after just five years in some cases. LTO, on the other hand, will keep going for 30 years.

Obviously there are some things that aren’t on this list: lenses and a laptop seem pretty obvious. But hopefully you’ve already got those sorted. If not, watch this space for more news.

Are you a registered reseller with Global Distribution? If so, log in to our B2B portal to find everything we’ve listed above.