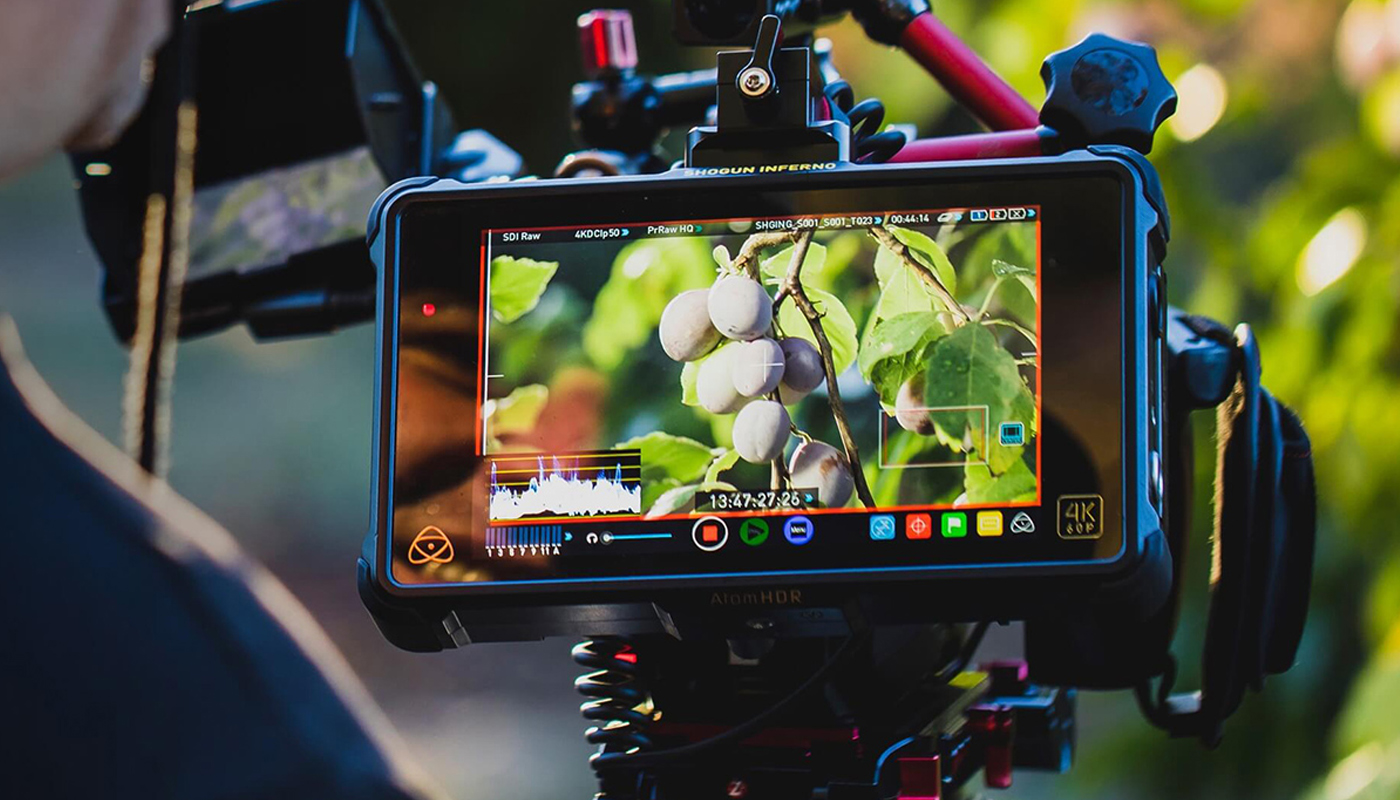 Atomos invented the all-in-one monitor recorder category and now redefine it with the Shogun Inferno. It is the combination of the most advanced monitor technologies – 1500nit/10bit/HDR, the latest recording capability – 4Kp60 over Quad-SDI, along with playback & editing functionality that encourages on set collaboration. Shogun Inferno makes mastering a high resolution, high frame rate, high dynamic range workflow available to all filmmakers.

Shogun Inferno sits as the flagship model in the new 8-strong Atomos HDR line-up which has expanded to include HDR as a free update to the Blade HD series, Ninja Assassin, Shogun and Shogun Studio along with the recently announced Flame series.
“The best technology booms are the ones that truly WOW long standing professionals. HDR on the Atomos products leaves even the most experienced video professional excited like a kid in a candy store – never before have you actually been able to monitor and shoot what you are actually seeing” said Jeromy Young CEO and Co-founder. “Just as we opened up the changeover from MPEG to ProRes and the upgrade from HD to 4K, we’re focused on ensuring the exciting breakthrough that is HDR easily becomes part of every filmmaker’s arsenal. To do this all at 4K 60p is a real revolution”.
Shogun Inferno has all of the premium monitoring features previously announced on the Shogun Flame i.e. 10 stops of dynamic range with AtomHDR, 1500nit brightness for outdoor monitoring & 10-bit processing for smooth color transitions. In addition, Inferno also adds;
The Samurai Blade, Ninja Blade, Shogun and Ninja Assassin also benefit from getting a free upgrade to the AtomHDR image processing for their 400 nit, 8-bit displays. This is possible because Atomos control both OS and the LCD display engine allowing previous generation HD products to receive this amazing feature for free. This gives a preview of the Post Production HDR result in the field so that judging exposure and bringing it into Post for HDR or SDR delivery is possible for shooters who have a Log output from their camera. The free OS upgrade to gain AtomHDR for Blade, Shogun, Ninja Assassin and Shogun Studio is scheduled for May 2016.
Atomos Shogun Inferno in detail;
The Shogun Inferno ships with host of accessories including a HPRC hard case, a snap-fast HDR sunhood, fast battery charger, control cable, 2 x NP-F750 4 cell batteries, USB 3 Docking Station, D-Tap Cable, 5 x Master Caddy Cases, Break-out XLR cable and a 12 V 3A AC-DC Power Adapter. MSRP is $1995 / €1995 / £1665 with availability in Q3 2016.
Contact us for further information.