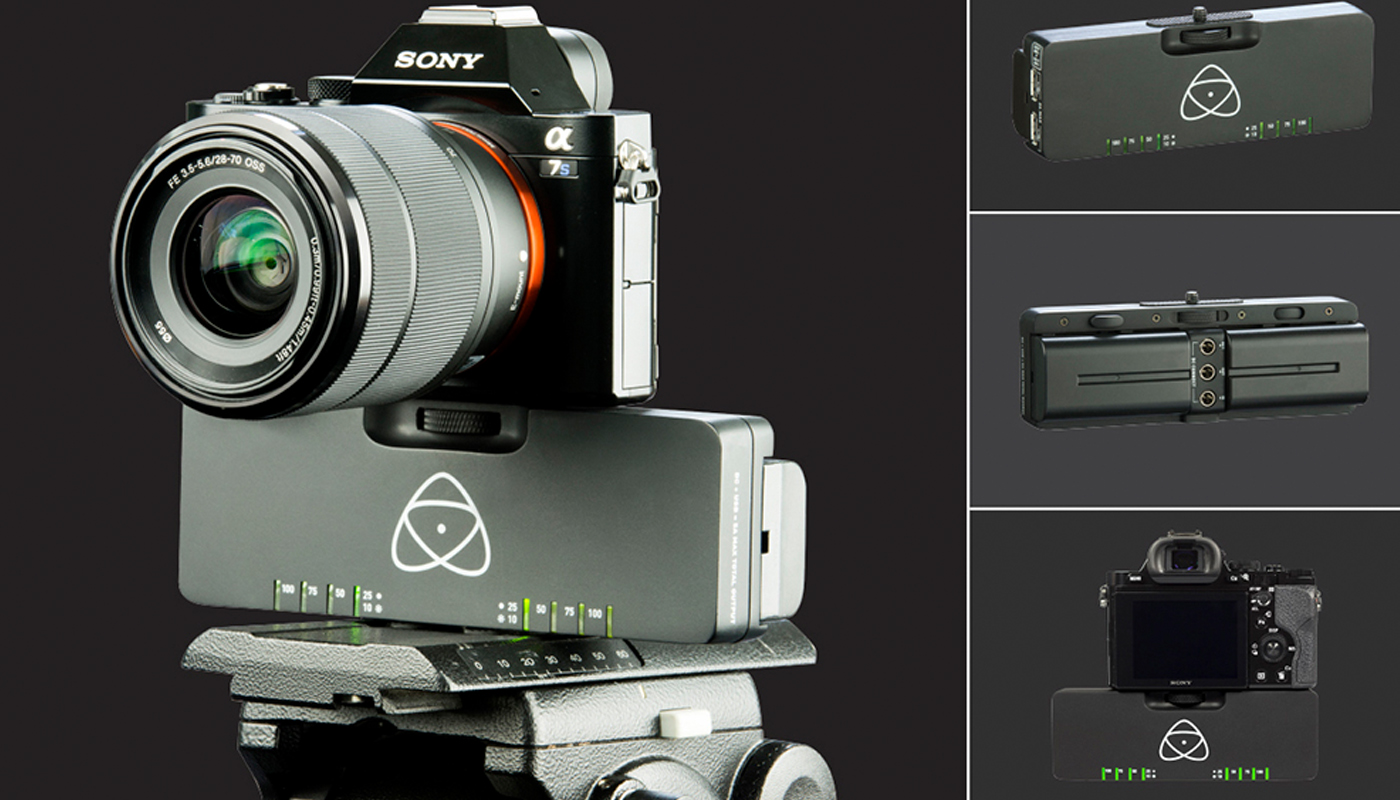 Power Station allows continuous power in the field and in the studio for all production devices.

Atomos is known for delivering creative solutions to real world professional production and post production problems. Today Atomos enter the battery market with what is the most advanced power management offering in decades. Unveiling the new Power Station at IBC 2014 (Hall 9, D.25), Amsterdam, this new accessory means cameramen will never be left without power in the field, powering multiple devices and giving endless hot swapping of commodity camera batteries – Endless Power.
“The Power Station is the Anton Bauer for the masses.” said Jeromy Young, CEO and Founder of Atomos. “With Power Station we’ve solved perhaps the biggest problem of all – the need for an endless supply of power. You don’t need massive batteries or multiple batteries for different devices anymore. The Power Station allows you to use smaller lighter more affordable camera batteries and output up to three DC streams for cameras, monitors, recorders and lighting. It also doubles as a super-fast charger for your batteries – finally a complete solution.”
By utilising the Atomos ‘Continuous Power’ technology Atomos have made a product which will give cameramen the peace of mind and allow them to focus on the shot and not the clock.
Power Station is a dual battery device with connections to power up to three (3) DC devices and two (2) USB devices simultaneously. Dual DC outputs and included splitter cable allow powering of up to three DC devices on the rig. With a maximum output of 5A, the Power Station allows users to charge an entire rig from DSLR & lighting to monitors & Atomos recorders. Meanwhile the dual USB power source allows users to charge a single high powered 2A device (eg iPad) or two lower powered 1A devices with two included 2600mAh batteries enough to charge an iPhone5 from 0 to 100%, 3 times over. If you need more juice just swap the dead primary battery for a new one while the secondary continues the job – endless power.
With the Power Station cameramen will know exactly how much power they have at any given time. The independent left and right LED displays on the front of Power Station give a quick 5 step visual guide on the power remaining for each battery from 100% down to 10%. You will always know when to swap the exhausted battery and have hours to do so. There are also DC Adapters available for popular cameras including A7s, GH4, 5DMKIII, FS700, C100 and more.
Power Station is also an advance super-fast charger for dual batteries by simply charging the included 2600mAh NP series batteries in 1 hour for maximum speed and convenience.
You can see the Atomos Power Station and the full range of Atomos products at IBC 2014 Hall 9 D.25 in Amsterdam 12-16 Sept, http://www.ibc.org/
Pricing and Availability
The Atomos Power Station will ship for £179, €219, $295 USD and will ship at the end of October in customer’s hands for their productions in November via the Atomos Worldwide reseller network. See atomos.com for more details.