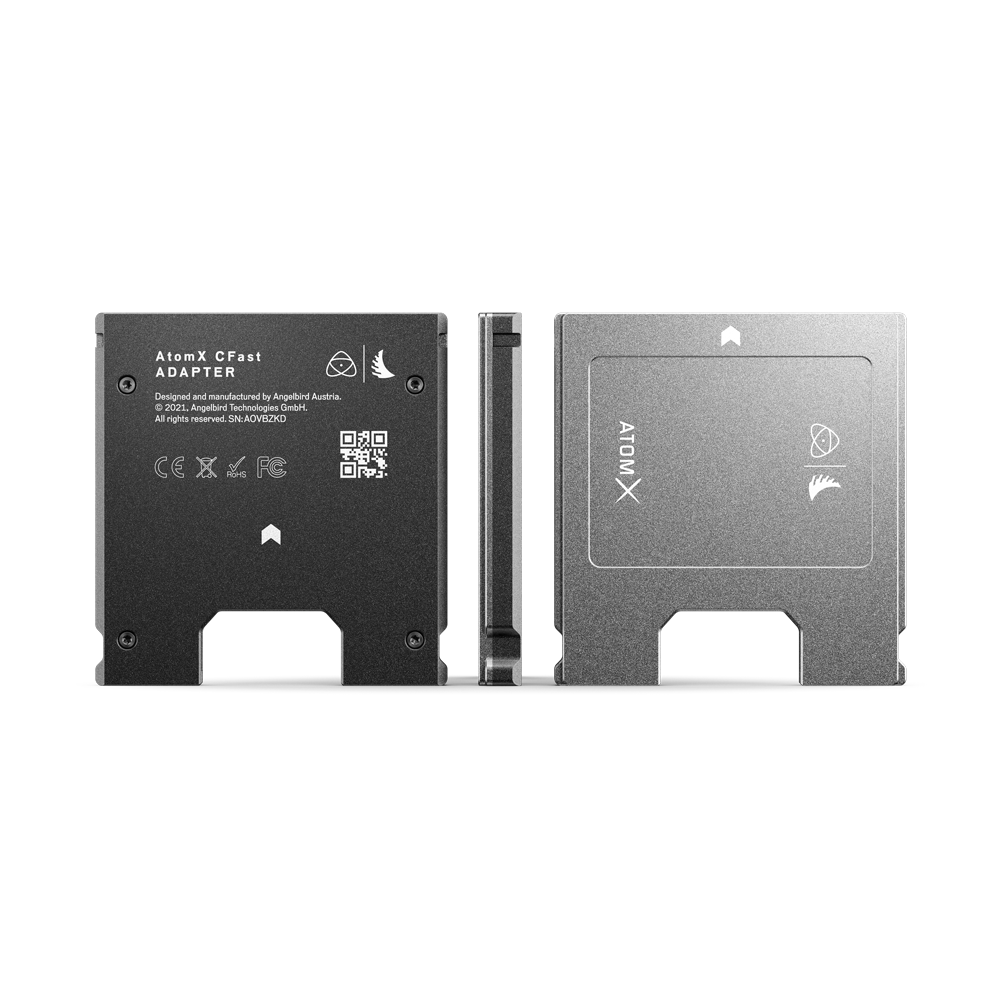 Pushing the boundaries of what’s possible with storage media, Angelbird has today announced the release of a new CFast to AtomX SSDmini adapter.

The release comes hot on the tail of Atomos’ Ninja V+ news last week, with the new AtomX CFast adapter certified for use specifically with the Ninja V, Ninja V+, Shogun 7, and Neon. Although it’s not compatible with the Sumo or Shogun Studio models.

While CFast media certainly isn’t new, the adapter gives shooters the ability to run with just one type of storage – mitigating the need to buy and update SSDs for external Atomos recorders in additional to camera CFast media. It’s also got an SSD-mini form factor to ensure that minimal space is sacrificed inside kit bags, and that it will work neatly with smaller Atomos devices.

In particular, rental houses and production companies looking to standardise their media will benefit from opting for a simpler approach to image acquisition. And operators of CFast enabled cameras such as the RED KOMODO who wish to record an external proxy can also now use a single type of media.

For data transfer, user can add Angelbird’s Type-C-to-SATA adapter for fast and safe offloading. And for legacy computers Angelbird also has a Type-A-to-Type-C adapter available.

Order online via our B2B Portal

Contact us to find out more about the Angelbird AtomX CFast Adapter.